Breaking News! This Carnevale Season, a band of nine pirates marauded through Venice’s calli e campi, attacking innocent bystanders with their cutlasses and then pouring rum down their throats.

Their leader, Captain Redbeard, was overheard snarling, “Ahoy, me mateys! We be needin’ a few hearty men te join our crew!”

Bystanders reported seeing the cutthroats fight among themselves at the Ponte Santa Fosca.

Of course, a few drinks patched up any hard feelings, and some innocents were corrupted by these drunken pirates.

Besides making merry with the rum, the pirates kicked up their heels with the local musicians. 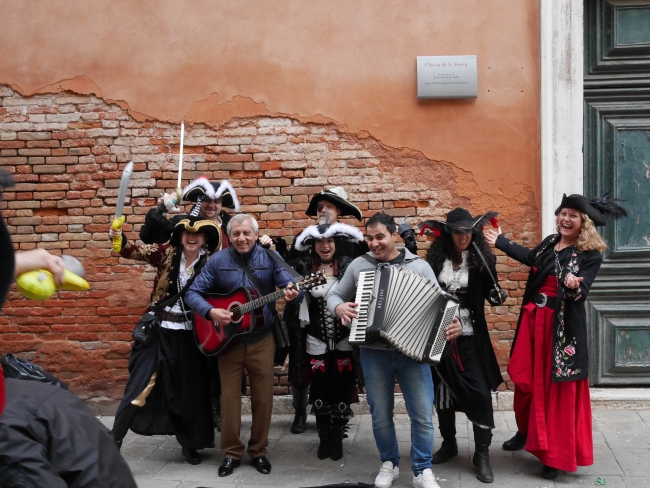 The crew was later spotted at the haunt that reminded them of their favorite island (besides Venice, of course.)

Contrary to popular belief, pirates play games, too, like pin the eye patch on the pirate!

They be some sexy pirates. Aye, what beauties! Bootylicious and Dangerous Dirk Ridingcrop show off their, uh, hats. 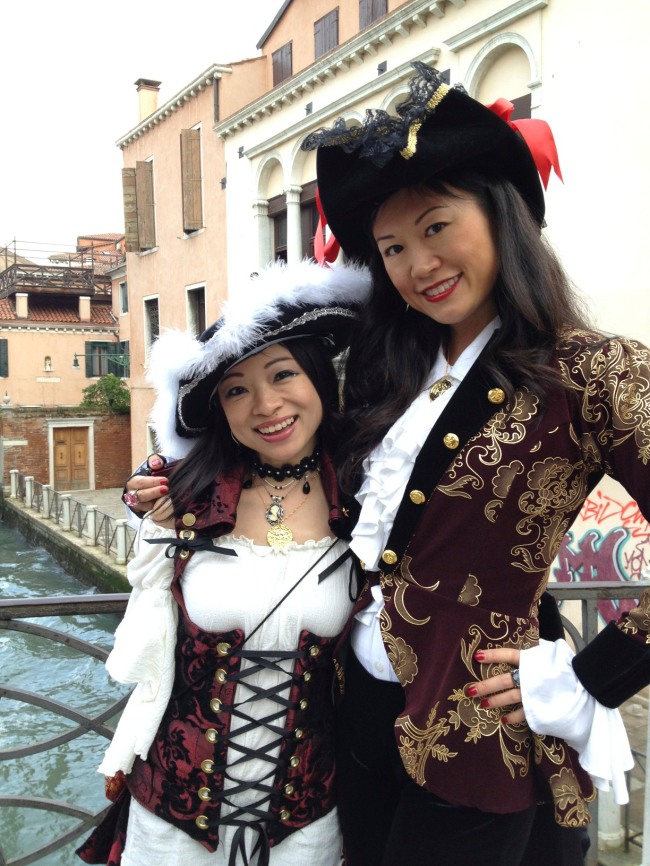 At one point, they commandeered a gondola!

They were even spotted in Piazza San Marco, brandishing their cutlasses and stabbing with impunity. 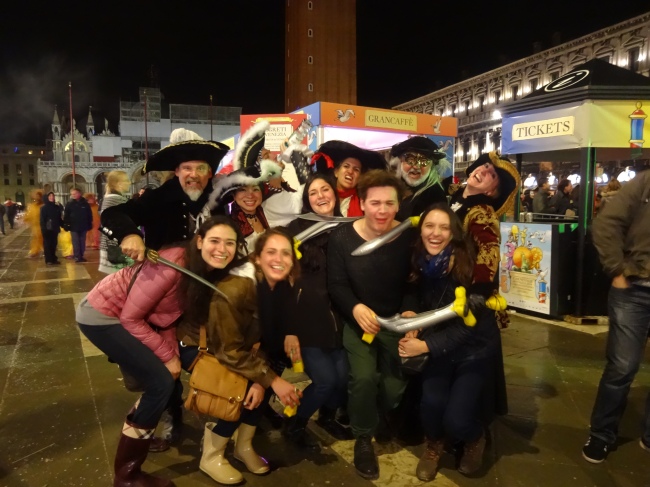 Alas, poor Polly didn’t survive the trip. She was left behind to loyally await her captain’s return. 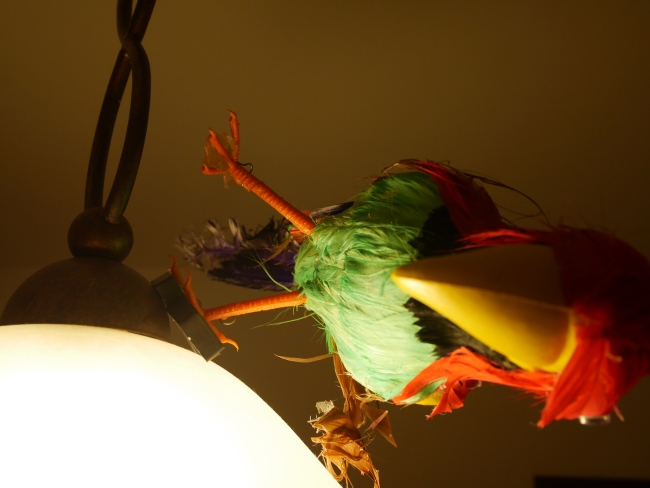