Posted on August 30, 2017 by seductivevenice

Vigna Murada, the original name of the island now known as Lazzaretto Novo, has had inhabitants since the Bronze Age. Most people think of it, however, as a quarantine island, where ships and their crews and cargos were held for forty days to prevent the spread of the black plague or other diseases. (In fact, the word “quarantine” derives from this Venetian practice.) Nowadays, you have to request the boat captain to stop and let you off at Lazzaretto Novo before they travel on to Sant’Erasmo. I did just that, with my friend Vonda Wells (who runs the A Beautiful Woman in Venice tour company) when we were there last month. 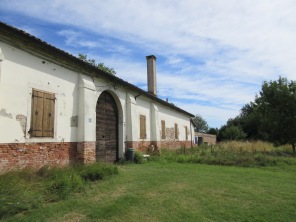 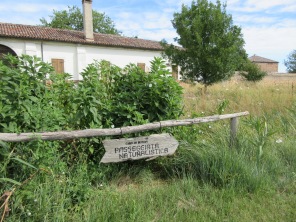 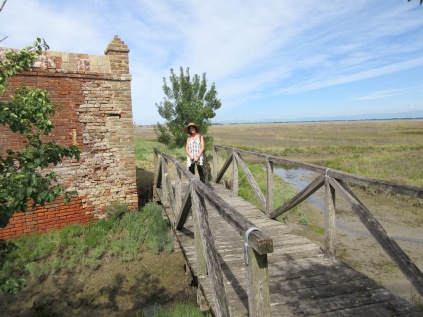 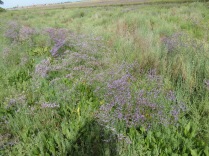 Vigna Murada means “walled vineyard,” and the restored walls and wild woods make this name easy to believe. When Vonda and I arrived, a guide told us in Italian that the gates to the walled area wouldn’t open for about ten minutes. When that time came and passed, we decided to take the “nature walk” that circumnavigates the island (about a kilometer). Within minutes, we were plunged into a shady forest, whacking spiderwebs out of our faces and startling bunnies from the underbrush. (No kidding! At one point, about ten bunny rabbits bounded across the lawn!) We crossed a little bridge and were greeted by marshes sprinkled with purple sea lavender and other wild foliage with such tasty names as glasswort and artemisia. A plethora of island birds, including egrets, herons, and “swamp hawks,” baffled us with their odd calls. We tried to puzzle out the bell towers of Murano and Torcello and Venice in the distance. 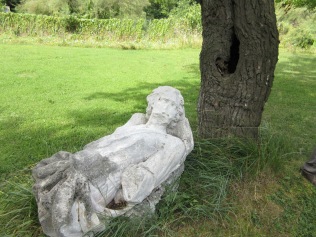 Back at the now-open gate, the guide ushered us past a row of ancient mulberry trees. “They are perhaps 200 years old,” he said. Roman statues, which had been recovered from the lagoon, lay beside them. 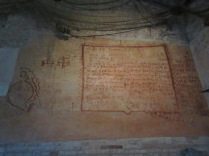 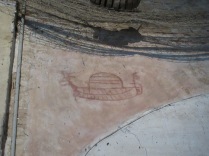 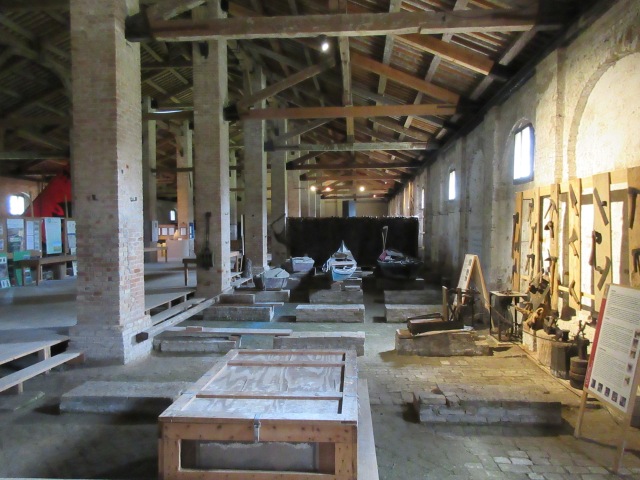 At the Tezon Grande, our guide explained that this 16th century building, which is 100 meters long, is the second longest building in Venice, after the Arsenale’s corderie. We gaped at the well-preserved graffiti still adorning the entrance wall. It includes sketches and doodles, dates, notes, names of boats, and a drawing of an ancient gondola.

“It looks like the boat in the Church of  San Trovaso,” I said. The guide looked surprised at me and said, “Brava. Yes, it is similar, the same time period.” 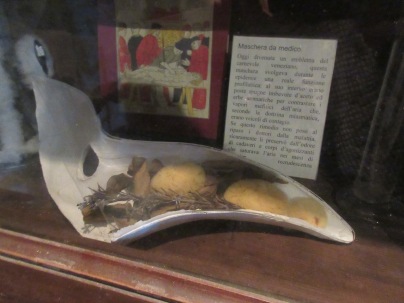 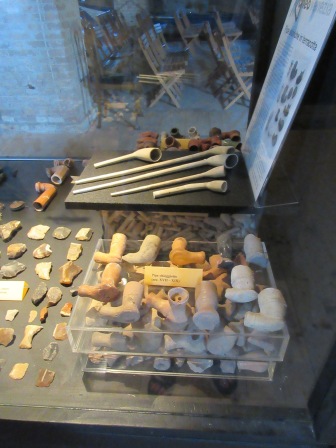 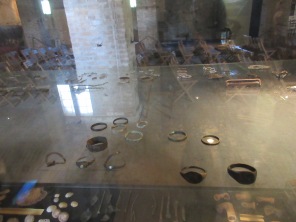 Archeologists and excavators have been hard at work at Lazzaretto Novo, unearthing remains, cleaning up artifacts, cataloguing their work. It’s an absolute treasure trove of pots, buttons, pipes, glass, rings, knives, and bones. Lots of bones. Two cemeteries outside the walls of the Tezon Grande collected the remains of Muslim and Christian sailors who died while on the island. Those who were sick with the plague were often sent to Lazzaretto Vecchio, the older hospital island, while Lazzaretto Novo’s purpose was to quarantine the goods until they were safe to transport into the city. But of course many died while at Lazzaretto Novo as well.

The guide showed us a video (in English, also available in Italian) that outlined the island’s history. It was impressively well-made and also informed us about the ecological work being done to preserve the island’s water, flora, and fauna. We then toured the grounds with him as he led us past ruins of foundations, past a restored well-head, and up stairs that allowed us to look out over the wall and across the lagoon. 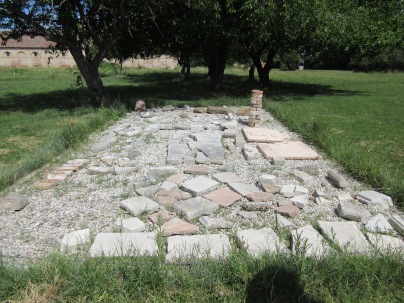 Lazzaretto Novo has fifty dorm beds. You can actually stay there and help with an archeological dig or to restore the marshland. They offer Archeology Camp for teens as well as underwater archeology and naval architecture. Don’t you just want to sign up right now?!

A sketch of the original buildings. Notice the two cemeteries outside the walls.

Vonda and I were pleased beyond our expectations as we left to find some lunch at Sant’Erasmo across the canal. On the dock, we had to push a button and wave to signal the next vaporetto to stop and pick us up. I loved my time on Lazzaretto Novo but wasn’t too keen to be the only inhabitant on that lonely island at night.

You can reach Lazzaretto Novo by vaporetto from the Fondamente Nove docks. Here is a link to details:

Or if you do a tour with Vonda, she can help you arrange your own visit on one of your independent days.