Posted on November 17, 2018 by seductivevenice 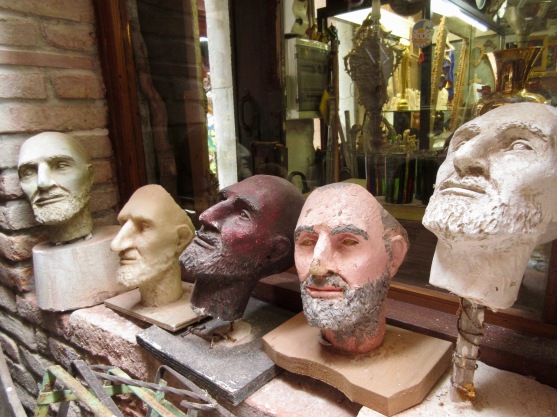 Where did Venice go?

How does one lose a city? Lose it to tourism? Lose it by falling out of love with it? Lose it to memory loss as one ages? Or, as the protagonist Mark thinks to himself, “What myriad assortment of fickle fate had led me to where I found myself, which frankly, was lost?”

I won’t tell you how the protagonist of Losing Venice loses Venice. You’ll have to read the book for that! But certainly I began the book pondering how it would end and what he would lose.

In the meantime, Scott Stavrou took me through his character’s peregrinations, both through his beloved Venice as well as through his heart. Mark is an American who has screwed up his life, and the lives of others, but somehow is rewarded by being exiled to a job posting in Venice. Life is rough! However, his faults and regrets are packed in his baggage, and he must carry them around or find a new spot to discard them. He wonders if he might find a woman to share his peregrinations with: “I wondered what color hair she would have and if she painted her toenails or not and how many other people would have known about the mole–,” he says. He does meet a mysterious stranger, who promptly disappears again.

A good share of drinking features in the book

Though Mark is a cad and often a heavy drinker and a sometimes slacker, he has a compelling voice and wit that kept me reading to see how he would repair the damage he had caused. Mark has a playful streak, such as in this private moment in a street: “I even skipped part of the way down a dark calle when I was sure no one was around and I thought that I was far too old to be skipping like a teenager after his first kiss, far tool old to be skipping at all, but it felt pretty damned good and I thought it might well be the last time I ever skipped in my life, and that was pretty good too, to be aware of it.” Despite his flaws, Mark has many good qualities, one of them being his self-awareness. He sees himself as “Frail, fragile, flawed and imperfect,” and he “began to embrace [his] missteps. Sometimes that’s all there was.”

Mark often thinks in stream-of-consciousness, like a contemplative beat poet. This keeps the action moving along, giving the book a swinging pace. Here Mark watches the boys playing soccer in the Campo Santa Margherita, where “The dog was much quicker than the boys but not as skilled in soccer and he ran up and down, back and forth, and I had the sense that they were aiming for him more than any goal, but he was quick and you couldn’t tell for sure.” I think some of Scott’s life must have slipped into his protagonist’s life, as I know Scott lived near the Campo Santa Margherita and has dogs of his own that he let romp through the campi and calli.

Mark lives near the church of San Trovaso, its bells harassing him at all hours

Also like a poet, Mark speaks alliteratively, such as when he reflects on his “serial and slothful self indulgence.” He is also fond of puns, as in this line where Mark contemplates a message he is leaving for someone, where “my little note would be, well, little noted.” As an English teacher, I can’t help but appreciate amusing use of language.

Mark does not stay only in Venice. Scott Stavrou sends Mark to Prague for some shenanigans and to meet a man who will change the course of his life. Later Greece, Scott’s present home, becomes Mark’s newest adventure. We are dropped into lush descriptions of three glorious cities, gaining all three rather than losing any of them.

You can see that I’m not giving away too much of the story line. That’s for you to discover when you read Losing Venice yourself! If you want to know more about the author’s own initiation into loving Venice, you can read his chapter in First Spritz Is Free: Confessions of Venice Addicts, where you can learn more about how his dogs disrupted a campo.

Get your own copy of Losing Venice in paperback or e-book format on Amazon or your local bookstore. You’ll gain, rather than lose, some hours in Venice as you accompany Mark in his contemplations.

2 Responses to Losing or Gaining Venice?