This is the theme that flows through Dianne Hales’ new book La Passione: How Italy Seduced the World. In her Introduction, one of Dianne’s Roman friends says, “There is a passion that you take to bed, but beyond children, what does it get you? Then there are the passions that create something, that take you beyond yourself and outlast you.” This line summed up the book for me, as Dianne explores nearly every inch of Italy in search of the ways Italians have created, or inspired creation, that has been taken up by the rest of the world. 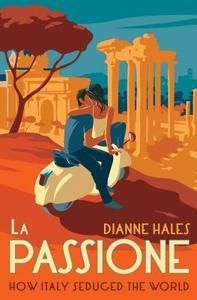 What a fantastic cover, right?

I found myself wanting to look up the intriguing places and people that Dianne described, from St. Francis’ Porziuncula to racer Enzo Ferrari to Bernini’s sculpture of Saint Teresa that was described as “a scene of explicit sex inside a church.” She tells us about how Ovid’s Ars Amatoria (Art of Love) gave advice such as how to fake an orgasm: “(Flail! Gasp! Moan!)”  This is but a small sampling of the vivid examples she’ll introduce you to. 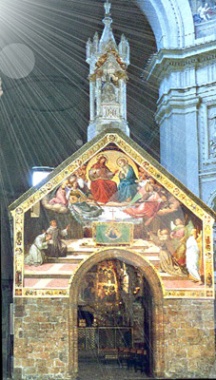 The Porziuncula (or Portiuncula, in case you, too, wondered what it looks like.

“Who would be happy, let him be. Of tomorrow we cannot be certain,” said Lorenzo Il Magnifico. Besides gems of wisdom like this, Dianne also sees Italians’ passion in the smallest details, such as “a shoe’s turned-up toe, a sleeve’s jewel-bright lining, a dagger’s hand-carved sheath.” It makes me think I haven’t been looking closely enough, or I need to go back and look again!

She describes indelible images, like Luca dell Robbia, a goldsmiths’s apprentice who hid his feet in wood shavings to keep them warm, rather than leave his beloved task of chiseling. Or artists so in love with their muse that they had to be buried next to them, decades later, like Sandro Botticelli.

A sex scene in a church?!

When I saw the Sistine Chapel back in the 1990s, I thought I had had an engrossing reaction, as the tears ran down my face and neck and I could hardly bear to leave the room. But that was nothing in comparison to reactions that Dianne describes. She tells us that five hundred years ago, Benedetto Varchi wrote, upon seeing Michelangelo’s work, “I am stupefied, not just astonished and amazed…but almost reborn. My pulse trembles, all my blood turns to ice: all my spirits are shocked, my scalp tingles.”  Upon visiting Florence, the writer Stendahl wrote, “Absorbed in the contemplation of sublime beauty…I had palpitations of the heart…Life was drained from me. I walked with the fear of falling.” Later, an Italian psychiatrist labeled this the “Stendahl syndrome.” And a survey Dianne quotes reveals that one in five Italians have admitted to having an “erotic experience” in a museum.

Though Dianne’s passion for Italy ranges from coast to coast, from the hills to the islands, and from villages to big cities, I still most greedily read her sections on Venice, my own hottest passion. In her final chapter “Seducing the World,” she waxes on about Venice’s contributions and its special character, quoting numerous people who have come under its spell. It was difficult to choose amongst them, but here’s my favorite quote (and you’ll need to read the chapter yourself to see the rest): Dianne writes, “Venice’s overheated sensory microclimate created a ‘permanent state of romantic excitement,’ according to a Russian psychoanalyst named Isaak Abrahamowitz. The ‘constant erotic frenzy’ of living amid Venice’s nonstop stimulation, he contended, kept ‘desire forever inflamed, but at a mild level, without sudden delectations.’ As a result, the sexual impulse ‘melts into all the limbs [and] smoothly penetrates the recesses of the soul.'” Whew! Steamy! But, and maybe I shouldn’t admit this to you all, but I am among friends, aren’t I?…I’ve had days in Venice, numerous days in a row, that fit this very description. There was my first Carnevale in the ’90s, my first summer in Venice as a single woman, a summer among the gondoliers…. But I’ll stop there. Suffice it to say, Dianne knows how to capture passion! 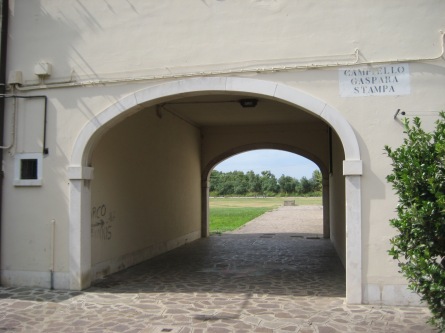 A street on Murano is named for Gaspara Stampa

While La Passione introduced me to Italians and their history that I didn’t already know about, I also got to experience the joy of seeing familiar faces appear here to be shared with a larger audience. In the chapter “The Rise of Romance” Dianne included Gaspara Stampa, the Venetian poet that I wrote about in my book A Beautiful Woman in Venice; in fact, Dianne quotes me! It’s incredibly exciting to think that my research and work is being quoted by such a successful and talented author as Dianne Hales! Later in her chapter “Fatto a Mano” she again credits me with a story about lace makers in Burano. I’m flattered and grateful to Dianne for sharing the stories of Gaspara Stampa and the women of Burano with her very large audience. 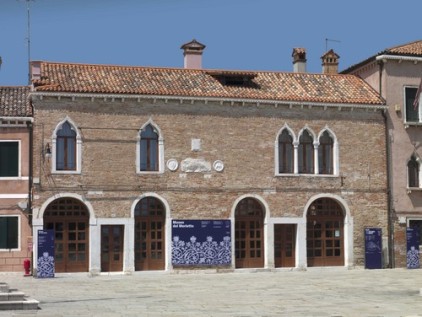 The Museo del Merletto provides a rich history of the art on the island of Burano.

Dianne interviewed me as part of her process of writing this book, and she kindly signed a copy to me with the words “To Kathy, who shares my passion for Italy.” Like Goethe, who she quotes in the final chapter, she was changed by Italy, as I have been changed by my times in Venice. As Goethe puts it, “Though I am still always myself, I believe I have been changed to the very marrow of my bones.” And then Dianne sums up the gifts and lessons that Italy gives us: “Appreciate your senses. Express your feelings. Cultivate empathy and compassion. Hold family close. Share food and laughter with friends. Tune in to the rhythm of the ever-changing seasons. Enjoy the abundance of the earth and give back to it with generosity. Choose the bello over the brutto. Let fantasy inspire reality (not the other way around). Honor the divine. Love without limits. Let the human spirit soar.”

If that’s not a blueprint for how to live, then I don’t know what is. I couldn’t ask for a better list than this one Dianne has given me.

(And if you want to read a sort of bonus chapter about Dianne’s passion for Venice, she wrote a lovely story featured in the book First Spritz Is Free, a free ebook.)