Venice, My Muse: An Interview with Anna Söderblom

Posted on July 8, 2019 by seductivevenice

Venice draws people to her from all over the world and for such varied reasons. When I was in Venice last week, I met Anna Söderblom, the subject of this month’s “Venice, My Muse” interview, which I bring to you today as it’s the second Monday of the month. Anna attended the Casanova in Place Symposium in order to deepen her understanding of Casanova and Venice in the 18th century. Enjoy her insights into Venetian life and learn more about the exciting project she and her team are bringing to Venice.

How has Venice seduced you?
The entire city is like an epic sprawling story, entirely improbable yet demonstrably real, written over centuries, with a cast of millions of souls, spanning all that is best and worst, poetic and prosaic, magical and mundane, that we as a species can create. Who wouldn’t want to find their small part in one of the greatest stories ever told?

What do you never fail to do in Venice?
Coffee at Gino’s near the Accademia bridge, in the early morning after taking the rubbish out to the recycling boat; prosecco at Cantine del Vino gia Schiavi in the early evening on the way home from work, perched on the wall next to the canal, trying to protect the cicchetti from the rapacious and shameless seagulls.

What is your Venice soundtrack?
It should probably be Monteverdi, or Vivaldi, or any one of the geniuses who were inspired by the place that historically was popularly known as “The Republic of Music,” but I’m unsophisticated, and you would be surprised how well Prince in your headphones suits strolling around the city.

Walk or take a boat?
Walk. Although I do dream of one day having a boat of my own.

Spritz or Bellini?
Either, or both! But the Spritz made with Select rather than Aperol, please, and garnished with a delicious huge buttery green olive.

Spritz Aperol certainly gets around! Does anyone make a Select pillow?

What do you always tell friends to do when they visit the city?
Slow down your usual walking pace — this is a city for meandering, not hurrying. Walking is less of a method of propulsion to get efficiently from A to B than the mechanism through which you stumble onto your next adventure. (With an important caveat — while enjoying your sauntering reverie, do be mindful of the people who actually are in a hurry to get to their job or train or meeting — saunter on the right of the calle so others can march past you and you don’t get in the way of those walking in the opposite direction, and don’t block the bridges!)

If you could have dinner with any Venetian, living or dead, who would it be and why?
Caterina Dolfin (1736-1793) and her salon of Venetian artists and thinkers. Caterina was a powerhouse of a woman, a fierce intellectual, a poet and writer, renowned wit and conversationalist, a patron of the arts, dedicated to the cause of women’s education, as well as being the source of no small amount of extramarital and political scandal. I love that contemporary accounts note her “kindness” as well as her beauty and sophistication. 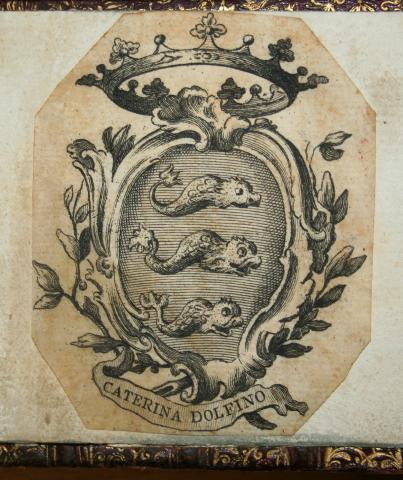 Image taken from the Marciana Library in Venice

Casanova: genius or cad?
Both, clearly, but more than that, he is so fascinating because he’s just so human, full of very human flaws and complexities and contradictions and vulnerabilities.

If money were no object, which palazzo would you buy?
Ca’ Dario — famously haunted, full of malevolence, and reputedly cursed, I’m convinced it just needs some love. I’ve heard a rumour that the curse is due to the Palazzo being built on an ancient Templar burial ground, and since I’ve yet to meet a ghost, I’d like to have a chat with these ones to find out what’s making them so cranky, and try to make them feel better. 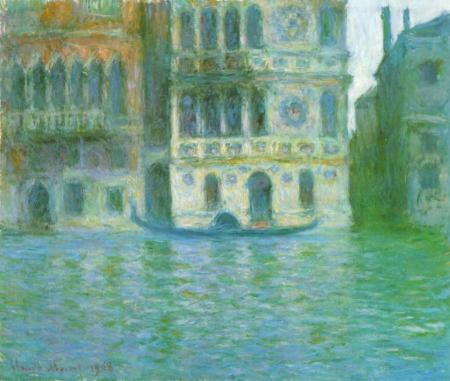 The Palazzo Dario by Monet

Which gelato flavour are you?
A tasting-spoon-full of all of them.

How can readers learn more about you and your creative pursuits?

I’m in Venice creating an immersive theatre show, which is bringing the late Settecento to life in all its splendid, sumptuous, multi-sensory glory. The show will be announced officially at the end of the summer, sign up for the mailing list at House of Casanova if you’d like to know more!