Dear Venice, Wish You Were Here #4

Posted on August 31, 2019 by seductivevenice 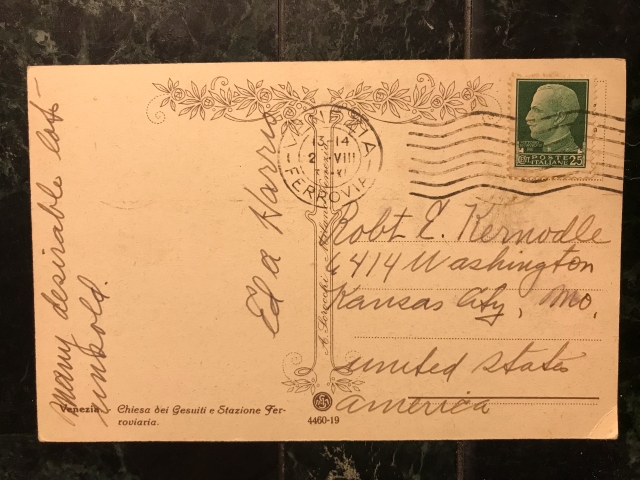 Was Harris a real estate agent? A lackey of Robert Kernodle who had some cash to buy property in Venice?

Again, what is the date? So difficult to determine in these old postcards. But notice that there is no zip code as part of the address. Zip codes went into effect in America July 1, 1963.

This card is  quite a mystery! Besides the intriguing message from Harris to Kernodle (Kernodle!), there is also the photo and place name–see the back of the postcard, bottom left. The Chiesa dei Gesuiti is near the Fondamente Nove, but not facing a canal, and looks like this:

The church in this photo does appear to be the Scalzi next to the present-day train station. The train station, built in the 1860s, replaced the church of Corpus Domini, which was consecrated on June 29, 1394, later known as Santa Lucia. Here’s an old drawing of it:

And here’s the Scalzi, for comparison with the postcard. The “Scalzi” refers to the order of “discalced” Carmelites, or “barefoot” nuns, for whom this church is their seat in the city.

So I think that the person who made the postcard didn’t know Venice very well and labeled it wrongly! I hope that Harris and Kernodle (Kernodle!) were better at paying attention to details than whoever made this postcard!

(Photos of the postcards are mine, and the Gesuiti is by my friend Danny (that’s me in the white t-shirt! All others are from Wikipedia.)

Since I posted this blog, I also heard from Adriano, tireless sleuth. He shared the following:

<<The stamp was a Vittorio Emanuele III, value 25 cents printed from 1929.

The postmark is referring to VIII (8th) year of “Era fascista.”

So the VIII (8th) year was from 28 October 1929 to 27 October 1930; the postcard was sent on Saint Valentine’s day on 14th February 1930 (see 13-14 and #2=February on postmark), but the sender was a man (Edward) and signed with his surname. The postcard was sent to another man (Robert) and the text is a business message. But for a business message the postcard is an unsuitable medium, much too slow, for business a telegram is better… May be a spy story😬?

The church is Scalzi near the station; the bridge is the old one and also the station.>> 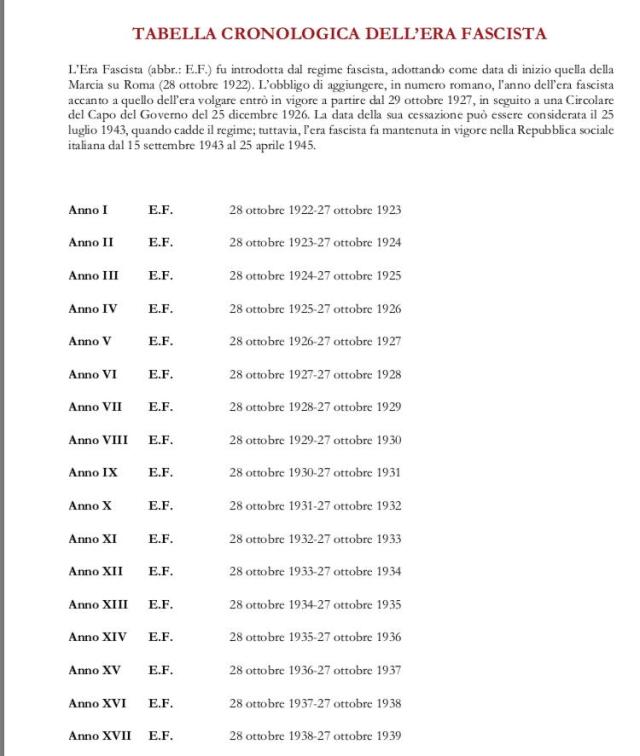 And here’s the location of Kernodle’s house in Missouri. It’s a pretty house, no?

I wonder if any Kernodles are living there now?

6 Responses to Dear Venice, Wish You Were Here #4