Venice, My Muse: An Interview with Candace Magner

Posted on November 11, 2019 by seductivevenice 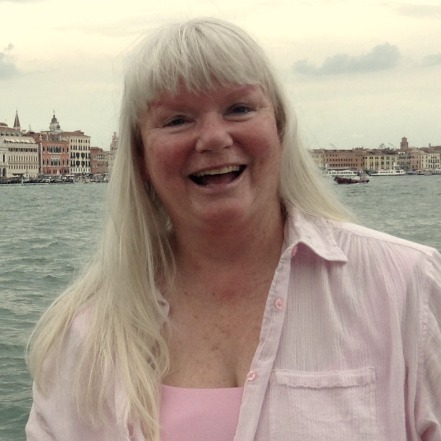 Candace Magner is a lyric singer, baroque guitarist, and musicologist. She created the website BarbaraStrozzi.com to collect all the known information, and has now finished publishing The Complete Works of Barbara Strozzi along with co-editor Dr. Richard Kolb through her editorial house Cor Donato Editions. When I was doing research for A Beautiful Woman in Venice, I reached out to Candace, who was immensely generous with her knowledge and resources. Since then, we’ve met up in Venice, attended a couple concerts together (what a treat!), and she even gave me a tour of Barbara Strozzi sites. I hope you’ll enjoy her responses here, which are lyrical and visual and evocative.

How has Venice seduced you?

My first visit in 1996 was barely planned and I had zero idea of what I would find or see. I stepped off the train and had the thought, “Finally, I’m back.” That made no sense, since I had never been in Italy before. My second thought was, “Well, obviously I need a project that will keep me visiting again and again.” I had already been researching women composers and knew that Barbara Strozzi had lived and worked in Venice, but at the time only one researcher had studied her work. That has become my project and passion since that first visit: to know and catalog all her music, and to publish her complete works.

I immediately sensed that I was walking in the footsteps of a pioneering woman in the arts. The feeling of déjà vu has continued.

The most seductive element is my feeling of time travel. During late-night walks the sounds and smells, the twists and turns of the calli, the spaces of the campi are the same as 400 years ago. The addresses are the same. The buildings have changed but little. To me there seem to be layers of time – by day people wear their modern dress and wheel their suitcases, looking into windows of modern displays. In a slightly different dimension, the shops are those of artisans, the clothing is of the 1600s. This slight phase-shift takes place in a background of the same canals, bell towers and church facades, the same palazzi. Blink, it is 1640. Blink, it is 2019.

What do you never fail to do in Venice?

My first walk is often along the Zattere. I’ll have a nice dinner at Trattoria Antiche Carampane in my usual neighborhood. I’ll have a gelato and sit in Campo Santa Margherita at some point[s], go to any concert (the less-advertised the better), attend the 10:30 Mass at San Marco to hear the choir (or maybe even to sing with my friends there), have a class with YogaVenezia.

What is your Venice soundtrack?

My personal soundtrack is the vocal music of Barbara Strozzi. I’ve been known to sing it as I walk along, and over a couple years became friends with one marinaio who always heard me singing to myself on the night vaporetto 1 and would sing back to me. And of course my Italian fonino rings with a bit of Vivaldi.

Walk or take a boat?

I walk walk walk walk in every out-of-the-way place, anywhere I’ve not been for a while, and into the areas where my research takes me. Then I’ll go out to Lido, walk the Murazzi if the weather is good, take the circolare one direction or another. I love to take the number 1 late at night and sit outside in the prow even when it’s cold, and imagine myself rowed down the Canal Grande alone.

Which church or campo best epitomizes you? Please explain.

My first campo fascination was Campiello degli Squelini near Ca’ Foscari. I loved the (then) tall trees and the herringbone bricks. I usually stay near San Barnaba and Santa Margherita, both of which are fun for sitting and people-watching. I love any spot which has a bit of living greenery.

Which is your favorite Venetian festival and why?

I enjoy the traditional activities the most. Around Carnevale time I’ll go to the Festa delle Marie starting at San Pietro. Likewise, I like the festivities at San Nicolò as the Doge’s ship arrives during the Festa della Sensa. Walking the ponte votivo to the church of Santa Maria della Salute, lighting a candle, and following the pilgrim’s course through the church and the cloister always has me feeling like I am inhabiting the spirit of 1640 when the church was first opened.

Spritz, usually with bitters. Over the years I’ve switched to prosecco.

What do you always tell friends to do when they visit the city?

First, I tell people to get off the beaten track. I also tell them now to NOT use any sort of electronic map. (There is one that is accurate for addresses, however: 2GIS. Get the general map for Padova and scroll over to Venice). I recommend the campanile and the gardens at San Giorgio. Walk through the Viale Garibaldi, have a caffè at the Serra dei Giardini, stroll down to or through the Giardini Biennale, and then sit a moment under the trees in the Parco delle Rimembranze at Sant’ Elena. Hear a concert at Palazzo Grimani. Visit Ca’ Rezzonico. Visit artisinal shops for traditional arts. Attend some event at the Arsenale.

If you could have dinner with any Venetian, living or dead, who would it be and why? What would dinner be?

Of course it would have to be with Barbara Strozzi. First topic: what happened to the now-missing Opus 4? I would let her decide the menu. 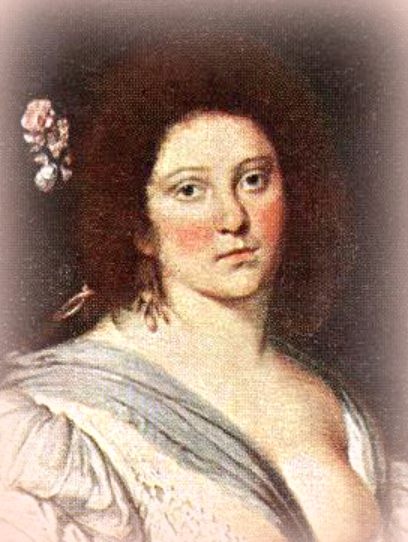 Stay longer. Take rowing lessons. Hire someone to take me around all the islands in the lagoon and explain the history of each place. Buy one splendid piece of Fortuny-style fabric. Take classes with all the traditional artisans. I think I already overspent….

If money were no object, which palazzo would you buy?

This is harder than it seems. I would buy a palazzo that had a connection to my research. Contenders might be Ca’ Sagredo, Palazzo Loredano (now Ruzzini Palace Hotel), Palazzo Widmann, Palazzo Pesaro Papafava, or the former Palazzo Strozzi at San Canciano on Rio dei Santi Apostoli. I’m sure they all hold secrets and ghosts that can solve all the mysteries! 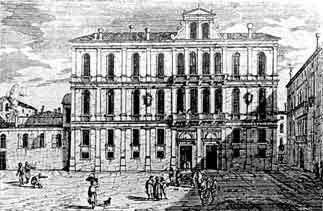 Which gelato flavor are you?

I love nocciola. But if I were to be described as a flavor… it would probably look pale and maybe nondescript yet have some crazy tart undertone that you only notice after you’ve finished half the cup.

How can readers learn more about you and your creative pursuits?

The catalog of Barbara Strozzi, her works, the poetry, modern editions, and recordings is at www.BarbaraStrozzi.com

The website for my publishing house for The Complete Works of Barbara Strozzi is www.CorDonatoEditions.com  Over the past 8 years I have published every piece of Strozzi’s in scholarly print and digital editions. Go buy the set for your library.