Jonesing for Some Venice

Posted on September 20, 2020 by seductivevenice

For those readers not familiar with American expressions, to be “jonesing” for something means that you are yearning for it. Craving it. My dictionary says that typically this refers to a drug addiction, but in my case the drug of choice is–you guessed it–Venice. 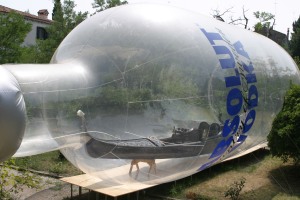 Tired of being stuck inside?

Of course I can’t go there this year and feed my need. But reader and artist Karen Cogen turned me on to the world of Venice walking tour videos.

This video, by Booking Hunter, takes you on a literal walking tour of the city for two and a half hours! The walker must have a camera strapped to his (I’m assuming it was a man) head and doesn’t say a word as he walks across the city. He starts at the train station and heads across to Santa Croce. He walks through smaller calle, across campi, along fondamente, and of course through the Piazza. He spends probably too long on the hot Riva, and inexplicably he goes up one side and down the other of the Cannaregio Canal, when he could have dived into the smaller streets. I think he once turned down a calle that he didn’t intend to, but otherwise knows the city and the route.

But here’s what I loved: hearing Venetian spoken in snatches as people pass by. Strolling down streets I’ve walked countless times, as if I’m on my own giro. Seeing familiar landmarks, shops, items, and gondolas. When a kid walked by eating his gelato, I thought I’d die of yearning, like I could taste the vanilla and feel the crunch of the stracciatella drizzles. I was terribly distracted by two things, though: looking at faces to see if I recognized any friends, especially as he passed through neighborhoods like Santi Apostoli where I’ve often stayed; and watching for myself! The video was filmed last June 2019, and I was in the city that day! I was staying in Dorsoduro, however, which is a neighborhood he didn’t visit.

Yes, there are some advertisements that pause the action, and text on the screen to name some churches and other sites, but I was willing to put up with these in order to see Venice. And yes, the walker pauses atop bridges to look up and down the canal in the ways of annoying tourists that we all complain about. But, in these times of shelter in place, I was willing to forgive that, too.

Here’s another video that takes a different approach. The videographer walks to a location and films it, pauses the camera, films again, move a bit further down, and films again. Soft music plays in the background, though the sounds of the city are still present. You get to watch a waiter surveying the tables, people peering into shop windows, friends chatting as they pass. This video spends lots of time in the more touristy areas, including too many panning views of the Campanile, but it still gets around the city to quiet corners where cats nap. This video was filmed in December 2017, so people are more bundled up. A suggestion: as you watch, play a drinking game where you drink every time someone takes a selfie.

If you’re tired of walking, why not take a boat! Here’s a video of a 3-hour boat tour that goes through bigger waterways like the Grand Canal and the northern lagoon, but it also scoots through smaller canals, such as the Misericordia. At the beginning, there’s a map showing the route. Onboard, I peered at every gondolier, looking for the ones I know. I took in the Grand Canal, checking out details in a leisurely way that I don’t usually do when I’m on the vaporetto. The images are crystal clear, especially if you watch on a good tv. And here’s the most amazing thing: This was filmed in August 2020, a time when Venice should be packed with tourists, the canals clogged with boats. But it’s nearly empty. Sometimes the boat turns onto a canal where the water is still as green glass.

There are apparently many videos like these for those who are jonesing for some time in Venice. This just might get me through the long stretch of months before I can return to my beloved city–these videos and plenty of spritz!

9 Responses to Jonesing for Some Venice