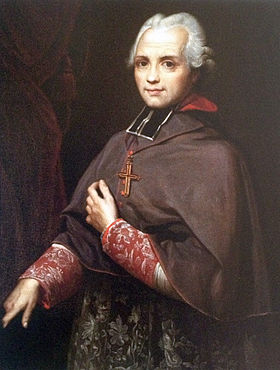 They first met in Paris in 1752, then sort of by accident in Venice in 1753 when de Bernis was assigned there as the French Ambassador to the city. He and Casanova shared mistresses, including the nun known by the initials M.M.–but that’s a long story for another day! (I wrote about this in great detail in my book Seductive Venice: In Casanova’s Footsteps about sites in Venice.) Casanova and de Bernis then met in Paris and continued a warm acquaintance.

De Bernis was later transferred to Rome, where he was serving as French Ambassador at the time of Casanova’s second sojourn to the city in 1770. He was the Cardinal-Priest at the church San Silvestro in Capite, in Piazza San Silvestro, not far from the Trevi Fountain. Cardinal de Bernis served there from June 26, 1769, to April 18, 1774. 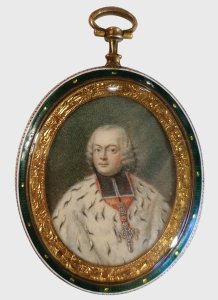 In his History of My Life, Casanova writes with glee that he “was delighted at  the thought of presenting [himself] to Cardinal de Bernis after [he] had become well known in the city.” Casanova’s letters of introduction to important Roman citizens paved his way to an illustrious sojourn.

All this being said, however, I’m not sure if Casanova met Cardinal de Bernis here at the church of San Silvestro; Casanova never explicitly says so. De Bernis lived at the Palazzo Decarolis and entertained his guests there; see a separate post about that site.

Wikipedia image of the church of San Silvestro

2 Responses to In Casanova’s Footsteps: Rome–Church of San Silvestro