Posted on April 1, 2019 by seductivevenice

Palazzo Malipiero on the Grand Canal

April 2, 1725, Giacomo Casanova was born, first child to his parents Zanetta Farussi and Gaetano Casanova. Numerous books and films have been produced about his life, including the new episode of Paese Che Vai from Rai TV in Italy (and you can also access it on the show’s Facebook page). The episode focuses on Venice, including her glass arts and cicchetti, but in this show the escort around the city is none other that Casanova, who accompanies the show’s host. 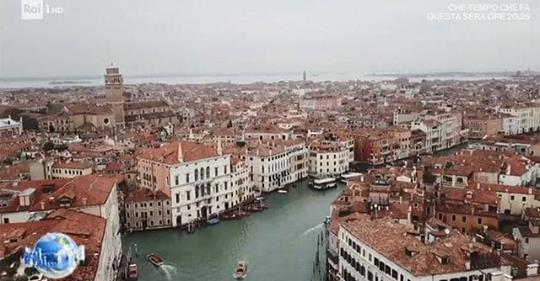 The director cleverly uses color to shade Casanova in sepia tones, yet he interacts with the modern-day host in regular color. They first visit the Palazzo Malipiero, where Senator Malipiero befriended adolescent Casanova. The actors were kinder than the real Malipiero, who actually caned Casanova, or so  he tells us, when he “played doctor” with Malipiero’s love interest Teresa Imer. They then visit the prisons under the Leads, a location difficult to see unless you sign up for the “Secret Itinieraries” tour of the Palazzo Ducale. More of Casanova’s adventures are highlighted, and I couldn’t help but wonder if they used my book for their research!

Thanks to my friend Piero Bellini, who told me about the show, I was able to see it–and also contact Casanova himself! Well, truthfully, I contacted the actor who played Casanova, Fabio Moresco. His family has lived in Venice for three centuries, and he also runs an event company to share Venice with others. Definitely a Venice insider and a good person to know!

So sit back with a glass (or a bottle) of Veneto wine and enjoy this glimpse into Venice’s past, with Casanova at your side. And toast “Buon compleanno!” to the birthday boy! 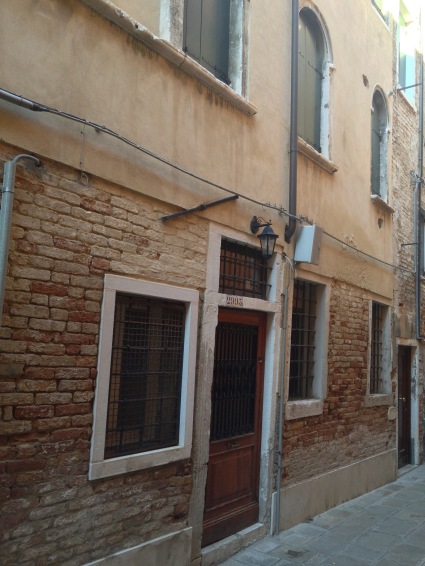 Probably the house where Casanova was born